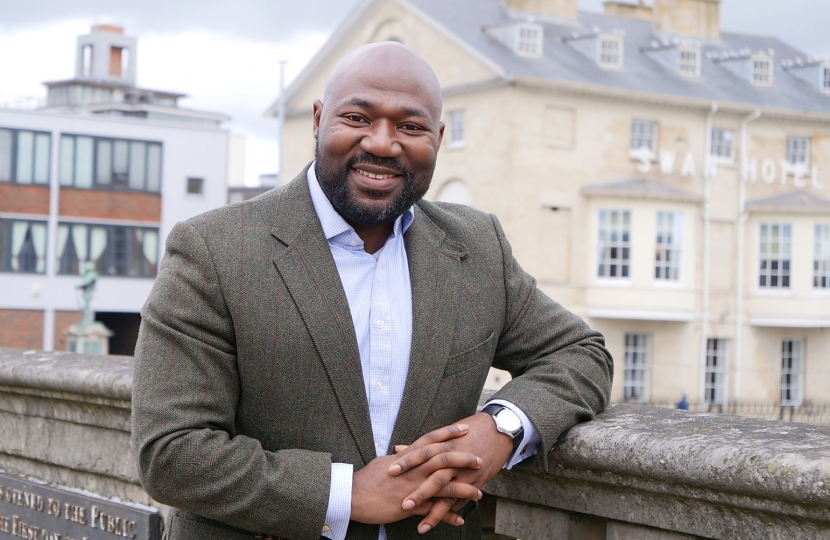 Festus Akinbusoye has been selected as the Conservative candidate for the Bedfordshire Police and Crime Commissioner (PCC) Election taking place on Thursday 7 May 2020.

Festus, who lives in the county and runs his own business, was selected by Conservative members in Bedfordshire today (Saturday, 29th February)

His campaign will focus on building on the successes of the last four years under the leadership of Conservative PCC, Kathryn Holloway who is stepping down.

“I am honoured to be selected as the Conservative Police and Crime Commissioner candidate for Bedfordshire,” Festus said.

“Residents and business owners deserve to feel safe here in Bedfordshire. I will boost the number of community based police officers in both our rural and urban communities, be tough on gun, gang and knife crime and the causes of these; and increase investment in support services available to victims of crime.

“As Police and Crime Commissioner, I will be ambitious for us to become an outstanding policing area, delivering a safer Bedfordshire for all our residents and businesses.

“This Conservative Government is committed to strengthening the police force with plans to recruit 20,000 extra officers. I now want to make sure that we get our fair share of these new officers here in Bedfordshire."

Festus grew up on a council estate in East London and now runs a business employing sixty staff. He has mentored young offenders, was a Parish Councillor, sat on the board of a Further Education College and is currently a board member of a successful YMCA.

He is a keen sportsman who played for a British professional basketball team and later coached a national championship winning U16 and U18s team. Some of the players he coached went on to play for Team GB. Festus now enjoys working-out and being a proud dad to his children.

Two Years On: Delivering on our Promises

Two years on, we have delivered for Britain. Here's a list of some of our top achievements.