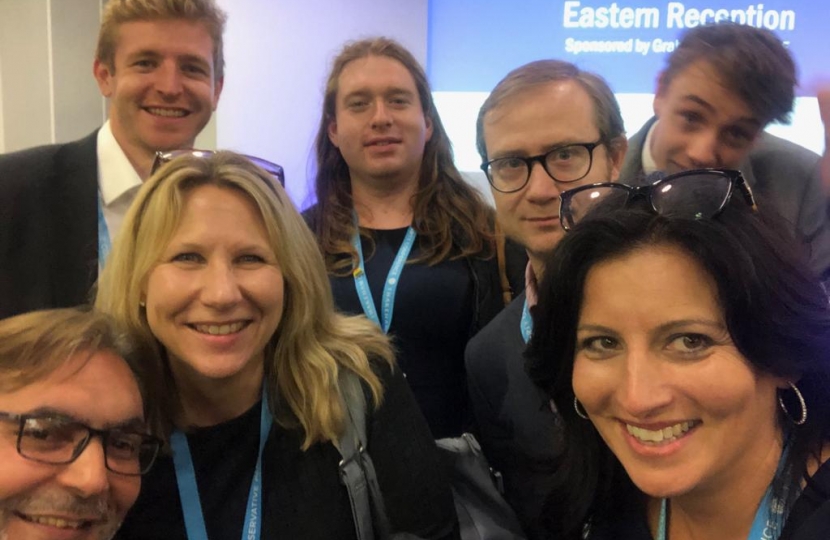 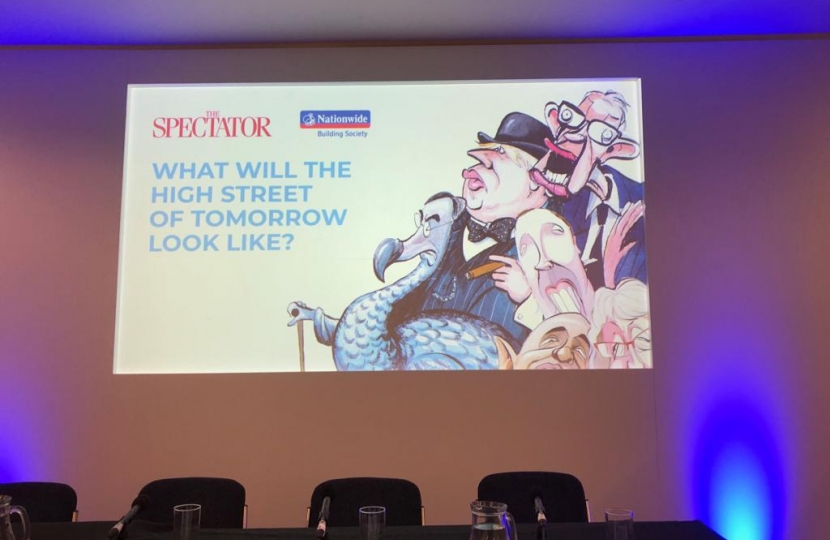 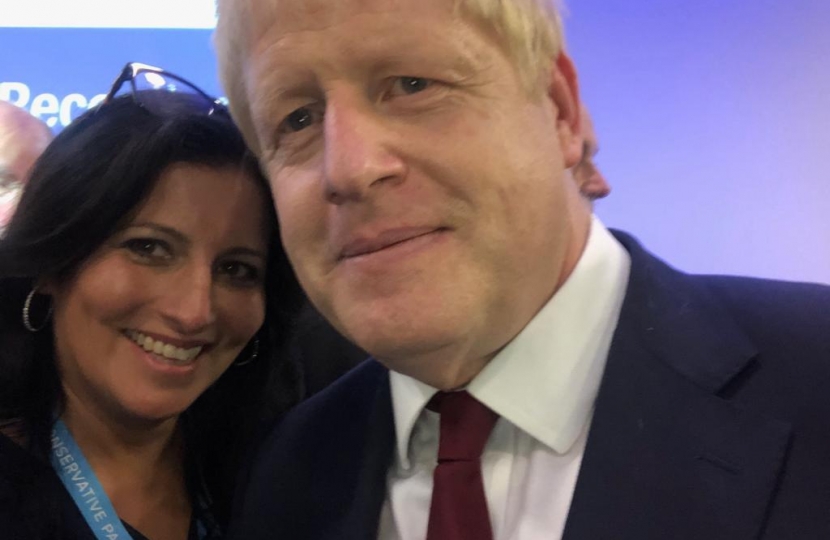 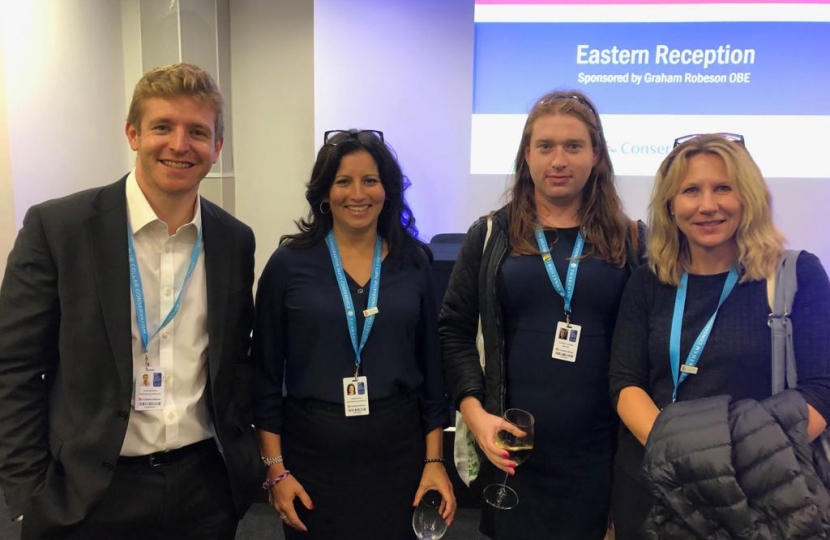 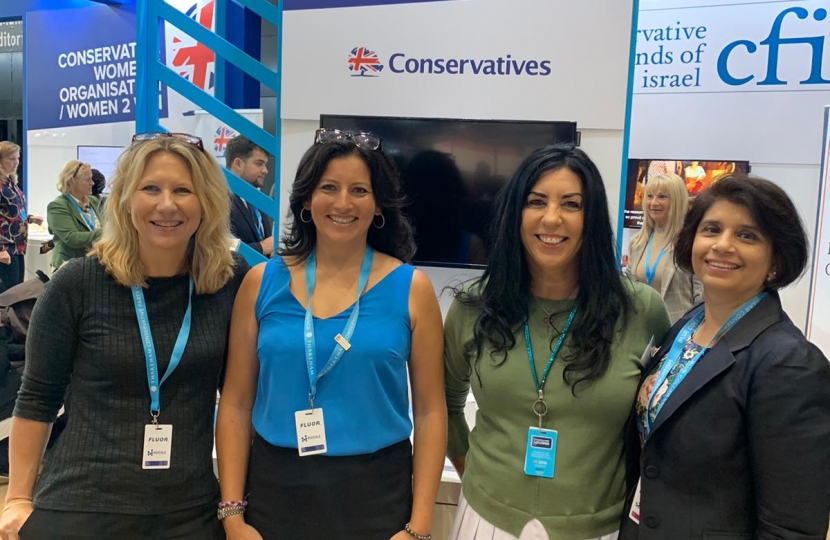 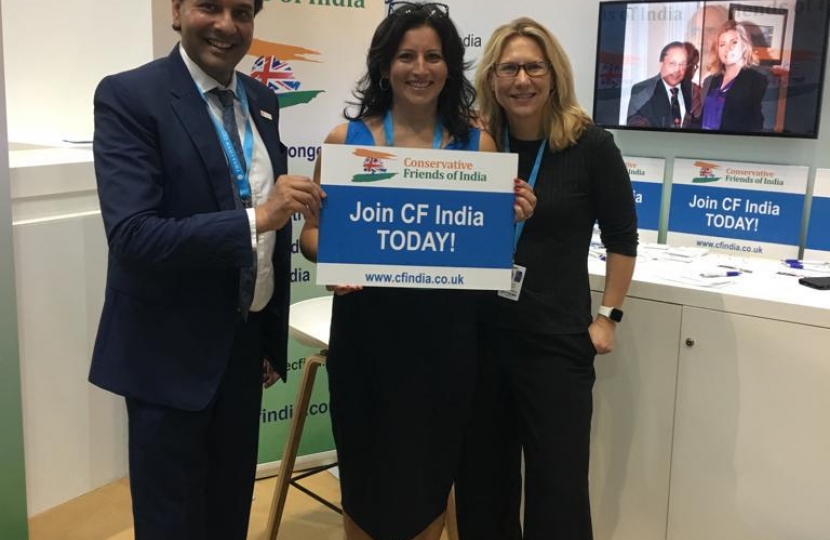 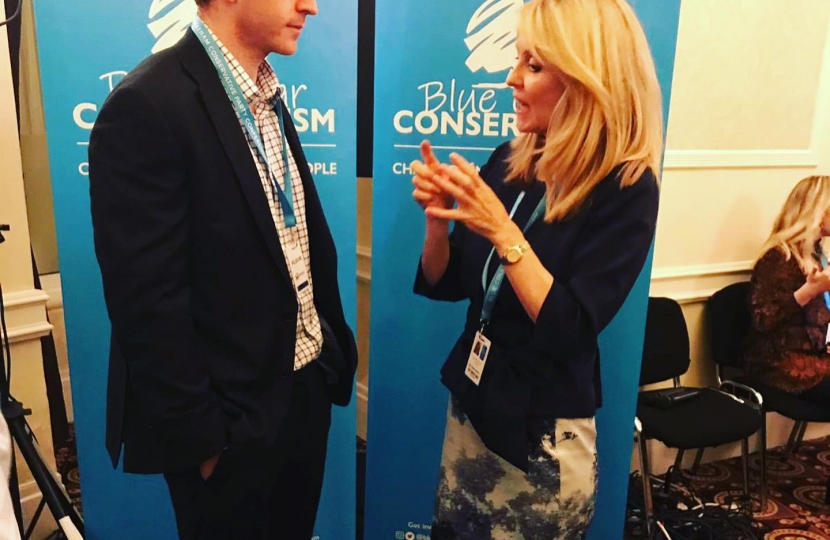 Monday at conference is always the first full day, with Andrea and Alison ensuring that they packed in as much as they could.

Starting off the day they attended an event held by the ‘Conservative Women’s Organisation’. The Conservative Party is proud of the fact that the first ever female MP was a Conservative and that it is only the Conservative Party that has had a female Prime Minister, two in fact. Despite this the Party is well aware of the need for better representation of women across all areas of Government, especially Local Government. This session, described by Andrea and Alison as inspirational, highlighted the essential role women play in the community, often in the most challenging and caring roles and how important it is that these voices then help shape public policy. Leading female members of the Party spoke of the importance of encouraging more women to join and how they can continue to help shape and deliver positive change. Flexible working practices is an area where women have led the way recently and continue to lead in making it easier for everyone to continue or go back into work whilst balancing other commitments. The fact that the next manifesto is being written by two women helps demonstrate the commitment from the party in listening and delivering for women. Everyone is encouraged to Ask Her To Stand.

Next up was attending an event around ‘What will the high street of tomorrow look like’. Many towns, including Bedford and Kempston, and struggling to adapt to the changing shopping habits of the public. This event focused more on what our town centres can be, instead of focusing what they were in the past. The importance of a community hub in place of  only focussing on retail is key to a thriving town centre, bringing in Independent shops, childcare facilities, Drs surgeries. Local authorities who are slow to recognise this and lead the way will continue to see their high streets failing.

Following on from this was a fringe event focusing on education and the question of whether school choice drives school improvement. Bedford and Kempston’s very own Mark Lehain, founder of the towns Free School was a member of this panel. Mark argued strongly in favour of parental choice as a force for improvement. With local opposition from Labour and the Lib Dem’s this new development within our local education system can’t be taken for granted.

Onto the Eastern Reception where Boris and Party Chairman, James Cleverly, thanked attendees for all the support and effort being made. Andrea and Alison were joined by other members of the local association, including Parliamentary Candidate for Bedford and Kempston, Ryan Henson. This event was a great motivation to everyone who attended, with Boris spending time on an individual basis to express his thanks.

The independent investigation into alleged discrimination in the Party has now concluded.